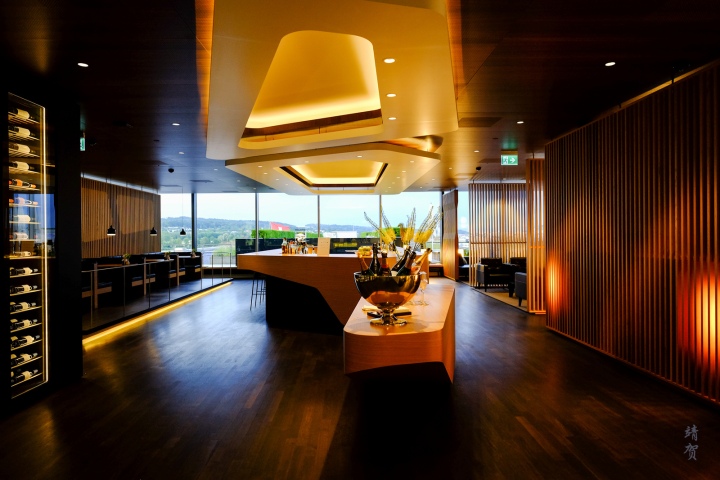 As a skier, Swiss is one of my favourite airlines to fly with especially within Europe. Not only were they one of the first carrier to fly the Bombardier CS Series (Now the Airbus A220), they have very consistent onboard service and Zurich is a pleasant airport to transit in, with transit time of less than an hour made possible. For premium passengers, Swiss has the excellent First Class lounge in both the A and E concourse which I think rates amongst one of the best.

Yesterday, Swiss announced the opening of a new premium lounge in concourse A. According to Swiss, the “new SWISS Alpine Lounge is available
to Miles & More Senators and Star Alliance Gold Members, along with Business Class travellers on SWISS and other Lufthansa Group airlines.” What this differs from the Business lounge is that only Business Class passengers travelling on Swiss, Lufthansa and Austrian are allowed entry, otherwise they have to be a Star Alliance Gold member. Not only that, this lounge will open only from 05:30-18:30 while the other 2 lounges in the A concourse opens until 22:30. This makes the new lounge slightly more exclusive compared to other Swiss-operated Business Class lounges.

From the official press photos released by Swiss, the new lounge incorporates design of alpine huts, hence the name. There seems to be lots of wood and stone in the materials for the lounge with local furnitures to provide an authentic ‘Swiss’ ambience. The first photos does indicate a rustic look as indicated by the press release and a good addition to the already excellent First Class lounge in Zurich.

In terms of the food and beverages offered, Swiss mentions that “the centrepiece of the new SWISS Alpine Lounge is a rustic oven in which seasonal dishes are prepared. Guests are additionally offered a range of further ingredients to tailor their food to their particular taste. These individualization options also help to reduce food waste.” It seems that instead of a buffet, there seems to be a central kitchen that prepares fresh cooked food for guests with condiments to enhance flavours. This does tie in to the focus of sustainability in air travel and could be popular with travellers since it means guilt-free and fresh food is served in lounges.

Based on the outlook so far, this new lounge does create extra incentives for frequent travellers to fly with SWISS or Lufthansa group airlines in Business Class. While the cabin might still feature the same seats as Economy, at least the food while waiting in the airport lounge could be better!